Last week the dangerous ransomware, ‘Wanna Cry’, hit hundreds of thousands of victims wreaking havoc in computer systems across the globe. The victims from over 100 countries included the British NHS, FedEx in the US, Spanish Telecoms giant Telefonica, Germany’s Deutsche Bahn rail network, and the Russian Interior Ministry.

A single piece of malware froze users out of their systems by exploiting a previously identified vulnerability giving the hackers the leeway to demand a ransom equivalent to $300 dollars in untraceable bitcoin which would then be doubled if payment was not received in the first 72 hours.

Despite the global scale nature of the attack, it is believed not to be as fruitful as it first seemed, liberating its victims of a collective value somewhere in the region $55,000. A paltry sum when the total number of victims were taken into consideration.

As if this wasn’t enough, Cyber-Security firms have recently confirmed that another large-scale attack is underway. However, instead of locking a user out of their systems and holding the data contained within to ransom, this malware takes control setting the systems to work in a network of PCs and servers which mines a virtual currency. On such a large scale this operation proves to be lucrative for the hackers behind it who are then able to exchange this cyber-currency for a substantial financial gain – much more than the sum extorted by the ‘Wanna Cry’ attack.

The rising costs of data lost in a cyber-attack

While the physical sum demanded of the organisations hit by the ransomware and other cyber-attacks was not eye-watering substantial in value, the cost to the victims goes much further. With systems shut down and data inaccessible for as much as 24 hours after the initial attacks, the cost to the individual businesses was substantial, both financially and reputationally.

In a recent study, it was calculated that cyber-attacks on UK businesses can cost investors as much as £42bn. While a typical FTSE 100 firm can face damages costing as much as £120 million after a breach.

Protecting organisational data against malware and other cybersecurity threats

As hackers grow in sophistication and new vulnerabilities are identified and consequently exploited, IT functions find themselves in a never-ending arms race.

IT security, virus and malware detection and employee education are all essential in maintaining high standards of data hygiene and protection.

In light of these recent attacks, Backup Systems have undergone an independent review of current internal security measures and have been awarded the Cyber Essentials certification.

This government-backed certification scheme identifies a baseline standard of cybersecurity that is suitable for all organisations in all sectors by addressing five key controls. Organisations that implement these to a particular standard can prevent the vast majority of common cyber-attacks.

By achieving this standard level of accreditation in regards to our own data hygiene and protection, Backup Systems hope to demonstrate to our own clients and stakeholders that we have taken all the necessary precautionary measures to reduce the risk of a breach and to maintain high standards of data security.

Even with the highest security measures and most vigilant of employees, there is perhaps no fail-safe preventative method against the latest hacking technology and software.

This means that the measures organisations take to ensure their data, systems and networks must play a crucial role in the defence against devastating losses caused by cyber infiltrations. Making the role of backup and disaster recovery crucial in the protection of organisational data.

As part of a sound data protection plan, it is essential to perform frequent backups, stored in multiple locations, both on and offline. In the event of a disaster, these backups allow organisations to roll back or recover systems to a specific point in time before the introduction of the malware. Minimising the volume of data loss and eliminating any substantial impact on the organisation.

The frequency and type of backups performed must be evaluated against business continuity requirements. If these services are outsourced, the appropriate service level agreements must be put in place to ensure recovery times will meet established objectives.

Cybersecurity concerns are on the rise and organisations must take all the necessary measures to ensure that they are protected. While preventative measures are key in minimising the risk of ransomware and other cyber-attacks, it is perhaps impossible to devise a fail-safe method of avoiding an attack altogether. This makes it imperative that organisations devise a sound backup and disaster recovery strategy; allowing them to recover lost data quickly and efficiently.

Cost transparency, system flexibility and budget are all challenges of creating an effective backup and disaster recovery strategy.

Overcome these challenges with our free eBook. 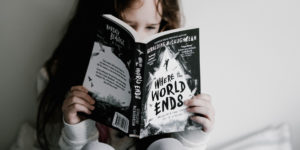 A ransomware story with a happy ending 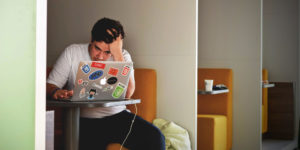 When an IT disaster strikes, does your team really know how to recover?

This website uses cookies to improve your experience while you navigate through the website. Out of these, the cookies that are categorized as necessary are stored on your browser as they are essential for the working of basic functionalities of the website. We also use third-party cookies that help us analyze and understand how you use this website. These cookies will be stored in your browser only with your consent. You also have the option to opt-out of these cookies. But opting out of some of these cookies may affect your browsing experience.
Necessary Always Enabled
Necessary cookies are absolutely essential for the website to function properly. These cookies ensure basic functionalities and security features of the website, anonymously.
Functional
Functional cookies help to perform certain functionalities like sharing the content of the website on social media platforms, collect feedbacks, and other third-party features.
Performance
Performance cookies are used to understand and analyze the key performance indexes of the website which helps in delivering a better user experience for the visitors.
Analytics
Analytical cookies are used to understand how visitors interact with the website. These cookies help provide information on metrics the number of visitors, bounce rate, traffic source, etc.
Advertisement
Advertisement cookies are used to provide visitors with relevant ads and marketing campaigns. These cookies track visitors across websites and collect information to provide customized ads.
Others
Other uncategorized cookies are those that are being analyzed and have not been classified into a category as yet.
SAVE & ACCEPT

Close
Get Regular Updates!
Make sure your always up to date, subscribe to our blog.

Do you have the correct measures in place to safeguard your organisation from ransomware attacks?
View our ransomware infographic for our top protection tips